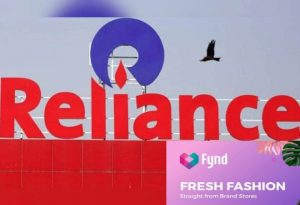 One of India’s Largest Energy and Telecoms Business House Reliance Industries Ltd which is backed by Mukesh Ambani will acquire an 87.6 percent stake in Shopsense Retail Technologies, also known as Fynd, for Rs 295 crore ($42.33 million), it said in a statement.

The company said its wholly-owned subsidiary Reliance Industrial Investments and Holdings Ltd has an alternative available to further invest up to Rs 100 crore by December 2021 in Fynd, a software technology company which was formed in September 2012.

Fynd currently offers support in technology platform and solutions to merchants to manage their inventory and sales across multiple demand channels for consumers, including e-commerce platforms.

“The total investment will translate into 87.6 per cent of equity share capital in Shopsense on a fully diluted and converted basis,” it added. Shopsense Retail or Fynd is a software technology company incorporated on September 27, 2012. It provides technology platform and solutions to merchants to manage their inventory and sales across multiple demand channels for consumers, including e-commerce platforms.

The country’s largest state-owned refiner had achieved a new milestone as becoming the top ranked desi entity on the list. But over the past decade RIL’s revenue rose at a compounded annual growth rate of 7.2 per cent while that of IOC increased at half the pace. It was matter of Pride for Indian Private companies as Reliance Industries (RIL) is now the highest-ranking Indian firm on the Fortune Global 500 list. The Mukesh Ambani led oil-to-telecom conglomerate jumped 42 places to rank 106 on this year’s list, finally leaving Indian Oil Corp (IOC) miles back.

Amazon Inc is already in initial negotiations with Reliance’s retail unit to buy a stake in its retail business.