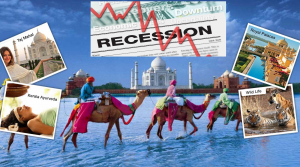 The traditionally strong summer months proved lukewarm for the travel and tourism industry, as Economic Times reports. The Indian Hotels Company, which runs the Taj chain, said saw a flat top line in the June quarter while rival Oberoi Group reported a 14% drop. Travel service firm Thomas Cook said revenue growth in its holiday vertical dropped 8%. Industry executives say this is the result of a double whammy: the grounding of Jet Airways, which led to higher airfares, and a slowdown in the economy, which has affected business activities such as conferences and exhibitions.

Can the hospitality sector buck the slowdown?

The consumer sector in India is grappling with a slowdown that’s evident from the recent commentary by industry leaders in the fast moving consumer goods (FMCG), consumer staples, consumer durables / appliances/ electronics, hotels and restaurants segment. While businesses have registered positive revenues, it is still not good enough to have a trickle-down effect on the ground and kick-start the virtuous circle of growth.

As business activity slows down, hotels and travel service providers see a dip in revenues.

The company attributed the revenue loss in the June quarter to a general slowdown in business activity, declining air travel and a reduction in airline catering business.

ITC Hotels chief executive Dipak Haksar said the first quarter for the sector has seen the softening of demand in the MICE (meetings, incentives, conferences and exhibitions) business primarily because of the elections in April-May and no major shift in trend in July. August has started “well” and ITC is looking at the rest of the year with “cautious optimism”, he said.

“There is certainly a slowdown in business and leisure travel in the last two-three months. And this is witnessed across all hotel segments. We are all anxious to see how the winter months pan out in terms of inbound demand,” said Jaideep Dang, managing director of JLL Hotels and Hospitality Group.

There is a bloodbath and results and numbers are bad across companies. Everybody is underplaying the extent of this slowdown. Because of Jet Airways, the air prices went through the roof and there was very muted demand in April which continued in May and June and, stayed on,” said an executive at a travel service provider, refusing to be quoted.

“Corporate results are troubling… While some companies are reporting a marginal growth in top line, the bottom line is impacted because they have to cut margins big time to sell. People are holding on to their holiday plans, waiting for the economic situation to improve,” the executive said.

Jean-Michel Cassé, chief operating officer for India and South Asia at AccorHotels which has brands like Ibis, Pullman and Novotel in India, blamed the elections and the closure of Jet Airways for the woes. “There were limited activities and events. Government employees, too, traveled less, resulting in a decline in MICE activities. Due to multiple dry days, food and beverage departments also faced a challenge,” he said.

The aviation industry has been operating with 30% fewer seats since March 2019 due to shutdown of Jet Airways and grounding of Boeing Max aircraft for Spice Jet.

Taj hotel expressed their intention to adopt an ‘asset right’ strategy from its existing ‘asset backed’ strategy! In fact, Puneet Chhatwal declared it just after taking over the reign as MD and CEO of Indian Hotels Co. Ltd which operates ‘iconic’ Taj Hotel brand! Alongside, that time only Puneet Chhatwal told that they are exploring possibilities of sale of certain of their properties, and most probably properties under ‘Ginger’ brand and then lease back the same property and run it! What more interesting is Taj hotels’ intention to extend their ‘sale and lease back’ model to be applied to 6 more properties under other brands alongside 6 ginger properties!! And, significant is that Taj Hotels is looking forward to their ownership in other properties to 50% from existing 70%!! The entire profit from sale of stake will be used to pare the debts!!!