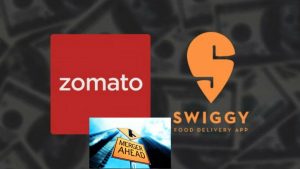 India’s leading online food delivery startups Zomato and Swiggy grand mega merger on the cards soon amid looming threats from Amazon and UbeEats, according to media reports. Both Swiggy and Zomato are in negotiations over a strategic merger. Competition for grabbing a major pie of market share in the food technology sector is predicted to get very stiff with Amazon eyeing to enter India market.

Startups building enterprise software for global clients need 50% less capital to become a unicorn than consumer-focused ventures, says an Iron Pillar report. Sample this: B2C companies like Flipkart and Swiggy raised $206 million on average to hit $1 billion in valuation while B2B startups such as Icertis and Freshworks needed just $97 million. Investors are taking note: Enterprise firms are steadily attracting funds at higher valuations, given healthier unit economics and better visibility around profitability. Out of India’s 30 unicorns, 17 are B2C and the rest are in the B2B space.

Couple of months back there were rumors that Amazon has a reserved capital of Rs 3,500 crores to expand into online food delivery business in the country. As of December 2018, Swiggy held almost half of the market share in terms of the number of orders, followed by Zomato and FoodPanda.

Will it Trigger Will Monopoly in Food Delivery Market?

Currently Swiggy is dominating the market with No 1 position in the food delivery business, and Zomato is at 2 place, a potential merger between these two food delivery giants can create a possibility of monopoly in near future. CEO Of Redseer, Anil Kumar said that in case this merger happens, then it will certainly come under the clauses and principles of monopoly, but he also said that Competition Commission of India or CCI may not be involved.

And however Amazon and Uber Eats, along with Flipkart and other niche market players are already there or taking entry into the market, it will eliminate the chances of monopoly suspicion from CCI officials.

A deeper peek into India’s unicorn club of billion-dollar startups based on a insightful report by Iron Pillar. The report shows – The B2B technology startups reached the unicorn valuation of at least $1 billion after raising less than half the capital that B2C companies secured to manage the same feat

Although Uber Eats was very late to join the league, it stills looking to catch up with the market size of Swiggy and Zomato. If Swiggy indeed joins forces with Zomato, together they will emerge as the single-largest player in terms of market share. However, it remains to be seen how this will impact delivery partners of both the companies.