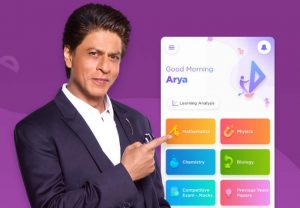 Byju’s is now betting big at English-speaking markets and is at advanced stages of launch in the United Kingdom, United States of America and Australia.

The world is becoming a smaller place every day, and with it, the dreams of children everywhere in the world are becoming bigger. And education technology is enabling them experiencing and fulfilling these dreams.

In a tremendous effort to boost its plans for overseas expansion, Byju’s, India’s biggest e-learning application, is working with media conglomerate Disney to create educational content for primary schools, said multiple sources close to the development. This would also help in building a stronghold Byju’s offers in the K-12 (kindergarten to Class XII) space.

This new strategic association would help the seven-year-old company to serve courses for Class I to Class III students. Currently Byju’s does not have anything to offer in these particular domain.

A standalone app will feature characters from Disney brands such as Toy Story, Cars and Frozen among others for a unique interactive learning experience. It will further be engaging younger children with the video-based tutorial.

The partnership with Disney is in line with Byju’s main vision and goal for expanding beyond India into other large English-speaking markets like the United Kingdom, United States of America and Australia.

Since October 2018, Byju’s was reportedly in talks with Disney to create educational content for primary schools.

India’s education market, estimated to grow to $5.7 billion by 2020, has emerged as a lucrative opportunity for edtech startups and VCs alike. Recently we had tried to study both the potential of edtech startups and the reasons why some of them have succeeded spectacularly in what was, just a few years ago, a relatively unexplored field.

40% Indian Youths in Ahmedabad, Gandhinagar have No Idea or Clueless about Govt’s ‘Start-up India’

Divya Gokulnath of Byju’s recently quoted saying, “Technology has played a key role in disrupting this sector and will continue to shape the teacher-student relationship by offering better accessibility, distribution and formats of delivery.”