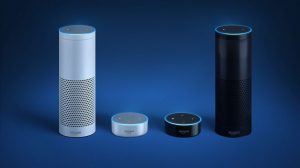 Amazon Alexa will soon will start to speak Hindi and other Indian national languages, plan a family night out and book a Cab. Alexa may also book movie tickets, make a restaurant reservation on behalf of you and pre-book an Uber to take the user there without any hassle. The personal assistant may even help you to watch a trailer too. A demo of the same was shown by Amazon, at its flagship event “re:Mars”. At the event, the company also announced that in the coming months Alexa users will be offered with this and various other multi-skill experiences. Initially, this new set of features will be launched in the United States.

Amazon plans to launch Image Search based Shopping in India

Rohit Prasad, Alexa Vice President, and Head Scientist recently said that the company looks forward to a world, where the users will communicate with Alexa naturally without any flaw, moving between skills, asking questions, making choices, and speaking the same way the user does to their friend, family member or colleagues. He went on to say that the company aims to lift the cognitive burden from the user to Alexa. As of now, customers use Alexa for one shot requests like and for other interaction for complex tasks.

Alexa users when planning family movie night out will first have to communicate individually with various skills to find local theatres playing a particular movie, buying movie tickets, find a restaurant nearby the theater, book a table, and perhaps order a ride. The customer has to go through the cognitive burden of carrying information across skills including time, the number of people, and location. A set of Artificial Intelligence features will be enabled in the personal assistant to create responses to the user’s question and requests.

Amazon has recently made an announcement and showed interest to add more regional languages to its voice assistant, the first of which could be none other than Hindi. According to Amazon, the development of integrating Hindi to Alexa is still a work in progress.

Back in April Amazon started offering Prime Music for free for Alexa powered speakers and now in an effort to increase the adaptability of its voice assistant, the company is working on introducing more regional language capabilities to Alexa.

Amazon has disclosed its willingness to add more regional languages to its voice assistant, the first of which could be none other than Hindi. According to Amazon, the development of integrating Hindi to Alexa is still a work in progress. The company acknowledges that Alexa is capable of understanding Hinglish commands at the moment but adopting Hindi entirely is a very difficult task.

Amazon Alexa is currently available in over 80 countries with support for 14 languages.