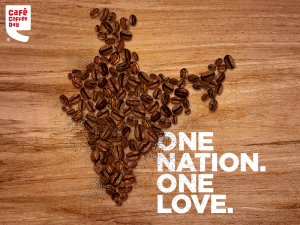 One of the World’s largest beverage company, Coca-Cola, has already commenced its first round of talks for a substantial stake buy in India’s Leading Coffee Retail Chain Cafe Coffee Day, just 10 months after it made a surprising take over the United Kingdom based Costa Coffee for a deal of $5.1 billion. The negotiations with the Bengaluru-based company, promoted by VG Siddhartha has just started, who recently exited information technology firm Mindtree earlier this year by selling his stake Larsen & Toubro, is being led by the Atlanta office of the beverage giant, persons in the know said.

T Krishnakumar, president and chief executive officer, Coca-Cola India and South West Asia, is currently in Atlanta and is involved in the negotiation, it is learnt. A Coca-Cola India spokesperson said the news about a possible acquisition was speculative in nature and that the company had no comment to offer at this point of time. And also management of Cafe Coffee Day too declined to comment.

Coca-Cola is betting big on Huge Indian market potential and is trying its every effort to make entry into the Rs 2,500-crore domestic coffee retail market in line with its global strategy of diversifying and foraying into non-carbonated drinks. Even the Costa Coffee acquisition last year was targeted to help the company do just that, an impediment has been the franchise agreement that Costa’s previous owner Whitbread had with billionaire-bottler Ravi Jaipuria in India.

Jaipuria’s Devyani International still manages and continues to operate around 50 stores of Costa Coffee in India, because they were not successful to click a deal with Coca-Cola for his exit out of the franchise agreement. However, Jaipuria was not immediately available for comments on the matter.

The survival strategy adopted by 2 fierce Global competitors to deleverage from their main business is interesting.. while Pepsi went into packaged foods and cereals, Coke perhaps wants to stick to its core which is Beverages. Let’s see how this pans out in the future.