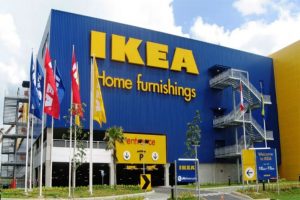 Swedish furniture maker Ikea, which completes a year in India this week, is already localizing its strategy. The company is scouting for locations in Mumbai to set up 5-6 smaller stores in the range of 50,000-150,000 square feet – a departure from its sprawling stores that go up to 500,000 square feet. If the trial is successful, Ikea will open smaller stores in other cities as well. What’s behind the move? Competition from e-tailers such as Urban Ladder and Pepperfry (which also have offline stores), better accessibility of smaller stores set up within city limits, and challenges in securing large lands.

Retail has to go on line if they want to survive. IKEA is taking the right decision.

A sensible shift in strategy from IKEA. There is demand for IKEA products from across India but very difficult to find appropriate retail space in major cities to set up the conventional, very large foot print IKEA stores. It is much easier to set up dozens of relatively smaller stores, and use digital technology (including Augmented Reality / Virtual Reality) to allow potential customers to virtually check out larger products while they can shop for a reduced assortment from there itself.

Contrary to its popular strategy of opening enormous size stores, IKEA Group in its recent development is planning to open smaller stores starting from the city of Mumbai

Also along with this they will be launching for the first time online delivery of its products..

Now this is a classic example of Global strategy been opted by IKEA where they are keeping intact there core values in terms of product & service offerings and customizing the rest of the services according to the local needs.

This clearly shows that no matter how well established or successful your marketing strategy is, you will always need to mold it according to the audience you are targeting, and it doesn’t even though if you are as big a brand as IKEA