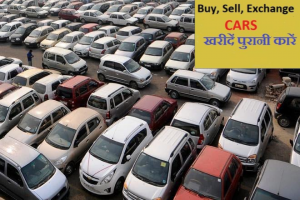 We are seeing Month on month basis that the Indian auto sector is reporting declining sales figures. However, the real growth story looks more robust and optimistic in the used car market. Value conscious buyers are consistently looking for best prices in the pre-owned segment and driving away with best offered deals.

The market is gaining momentum due to the increasing attachment of old cars to young people and by 2023, the country is estimated to have a market of $ 25 billion with 6.6 million old cars.

Currently, the size of the old cars market is 1.3 times larger than the market for new cars and is expected to increase to $ 25 billion by 2023. Youth, especially in the age group of 22 to 37 years, is growing fond of old cars.

Mahendra Singh Dhoni invests in CARS24, will promote the company as Brand Ambassador

In this study of OLX and OLX Cash My Car, more than 1,500 people across the country who have bought and sold old cars in the last one year. This market is gaining momentum due to the facility of digital buying and selling of old cars. The biggest thinking behind buying an old car is brand and safety. The youth buy an old car and sell it after driving for a few months if they do not like it.

Commenting on the insights, Sunny Kataria, VP Auto, OLX India said, “At 440 million, millennial’s comprise over a third of India’s population, and nearly half of the total working population. They are brand conscious, digitally connected, value maximizing and environmentally aware individuals. The millennial’s’ decisions on buying cars are relatively more rooted in pragmatism and aspiration, thereby fueling the pre-owned cars business.” He further added, “Over the next three years, millennial’s will emerge as the largest consumer group in the automobile industry as the pre-owned car industry hits 6.6 million units in market size by 2023.”