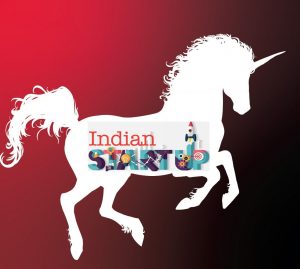 India could boast more than 100 startups sporting $1 billion-plus valuations by 2025, domestic IT body Nasscom predicts. Its annual report on startups says the country will be home to 95-105 unicorns having a combined valuation of $350-390 billion. India is already home to 24 unicorns, a distant third after the US and China. Seven ventures – including Delhivery, BigBasket, Druva and Dream11 – have become unicorns this year and 52 more are poised to break into the big league. That has a direct bearing on jobs: Today’s unicorns have created 2 lakh direct and indirect jobs, which could swell to 12.5 lakh by 2025.

Home to more than 9,000 technology startups, India has the potential to create more than 100 unicorns – private companies with a valuation of $1 billion and above – in the next five years, according to industry body Nasscom. The National Association of Software and Services Companies (NASSCOM) in its report – Indian Tech Startup Ecosystem – Leading tech in the 20s, stated that by 2025 it is expected that the country will have around 95-105 unicorns, enjoying a cumulative valuation of $350-390 billion. “We are on a strong growth trajectory,” said Debjani Ghosh , President, Nasscom.

The first eight months of the year saw the birth of seven unicorns in India’s startup ecosystem, software industry body Nasscom said in a report, even as 52 others which have received over $50 million investments wait to join the list.

With addition of more than 1,300 startups this year so far, India continues to reinforce its position as the third largest startup ecosystem in the the world.

The number of India’s potential unicorns—a term to describe startups valued at $1 billion—more than tripled from 15 last year to 52 in 2019, becoming the world’s largest pipeline of unicorns in the making, Nasscom said in its report ‘Indian Tech Start-up Ecosystem – Leading Tech in the 20s’.

India’s 24 unicorns and potential unicorns include:-

India is becoming a seedbed for billion-dollar startups. Inexpensive innovation in the IT services industry, few restrictions on investment and familiarity with the English language are a few factors working in favor of the startup ecosystem. “Indeed, the rise of unicorns in this country is not just a boon for those who have invested in them. It’s increasingly seen as a sign that the Indian economy is reaching a turning point and that its entrepreneurial culture is maturing.”

The number of India’s potential unicorns—a term to describe startups valued at $1 billion—more than tripled from 15 last year to 52 in 2019, becoming the world’s largest pipeline of unicorns in the making. Around 71% of 2019’s unicorns are business-to-business (B2B) focused, while 57% are from emerging and nascent sectors such as gaming, automotive and supply chain/logistics Software and robotics platform GreyOrange, card processing company Pine Labs, online car marketplace CarDekho, online grocer Grofers, fintech start-up LendingKart, online truck aggregator Blackbuck are some of the potential unicorns at present.

The no. of unicorns in India are estimated to increase from 24 in 2019 to 100 in 2025! The average valuation of an Indian unicorn is almost 2 times that of its German counterpart. Great insights by NASSCOM and Zinnov in their latest report.

Over the past decade, Indian Technology Ecosystem has reached maturity that has gained visibility across the globe with acquisitions and partnerships by key global tech players. Cost is no longer the key factor that makes India attractive. Indian healthcare has huge market potential, creating localized solutions that can be leveraged for solving underdeveloped and developed world healthcare challenges.