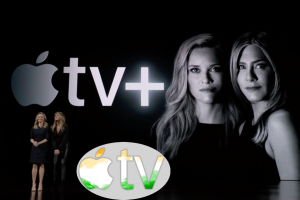 Apple TV Plus is coming to India at a monthly subscription cost of Rs 99 to compete with Hotstar, Amazon Prime, and Netflix.

Yesterday Apple announced its all-original video subscription service Apple TV+ for just $1.40 (INR 99 in India) per month, with a 7-day free trial. And, to make it worse for Netflix, it’s going to be available for free for one year if you buy any new Apple device.

Apple TV+ to undercut Netflix, Amazon and Hotstar in India

Apple TV + will launch in India at a reduced price point of INR 99 (US$1.40) per month, in order to compete with a growing raft of local and international video streaming services.

Considering the fact that Apple device users will be the early adopters of this new streaming video service, and will account for a sizeable share of Netflix user base, is Apple TV+ a real alternative (read threat) to Netflix?

Apple TV Plus entry into OTT space clearly indicates on how the media will be viewed in the coming years. All the tech and media companies are betting big on #OTT and launching their #subscription plans.

All Apple needs is quality content and this could be for tv what iTunes was for music a few years back!

Apple TV + will launch in India at a reduced price point of INR 99 (US$1.40) per month, in order to compete with a growing raft of local and international video streaming services.

Apple TV cheaper in India than in the United States.Well given how India is responding to streaming products.

Rs 99/month for Apple TV+ – Great pricing strategy.That is cheaper than Hotstar & First time Apple is playing for scale of Economy. Apple TV+ needs scale to be a profitable business by Apple standards (atleast $5-8 Billion by Steve Jobs standards), and given high production costs of original TV shows & the fact that high ASP will deter users to take another subscription, this is smart user acquisition tactic. Rs 99 is cheaper almost an Uber ride/cheaper than cappuccino at Starbucks/almost the cost of 3 rotis at a decent restaurant/cost of Spotify subscription.

Even if 20 million Apple users subscribe to this, they have $2 Billion in revenues from niche Apple device owners market.